A characteristic of nighttime radiation cooling is maximizing the view to the clear sky and minimizing the view toward the surrounding ground surfaces and context. Individuals in deserts used this idea to make ice in shallow ponds of water using the Yakhchal, an ancient structure for ice-making in the desert. Ice is transported to the base of The Yakhchal that have thick mud block dividers made from mud, which was impervious to warm exchange.

The SkyLids design builds on the concept of water as thermal mass with a view to the sky, which is cooled through radiation exchange. Cooled water from the shallow exposed surfaces at nigh is then lowered inside insulated storages and used as a cooling submersion medium. A submerged air Tube in the lower cooled water storage is used to dehumidify and temper microclimate air temperature around the structure in the daytime. 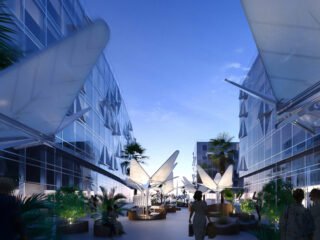 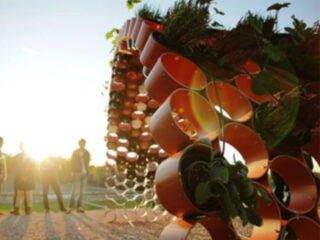 Next Project (n) The Earth Shell